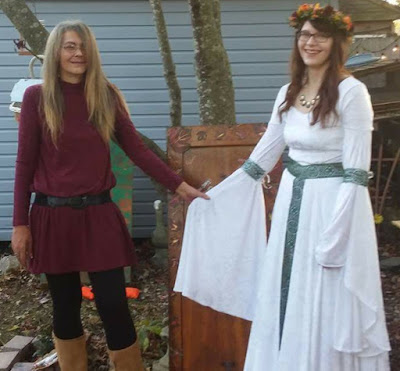 My name is Joann Parlin. I became pregnant with my third child, Christina, in 1995. My pregnancy was high risk, but I didn’t think much of it. I wasn’t the first pregnant mother receive close monitoring; a lot of times it’s precautionary more than anything else.

I was four months along when at work one day I received a call from my doctor’s secretary saying that they had found “something” on my ultrasound and it “wasn’t good.” Later, they explained that they believed fluid was collecting on the back of Christina’s neck; if that were the case, she would not only be severely disabled, but her life expectancy would only be 18 years. They wanted me to have a level 2 ultrasound done.

During that ultrasound, I remember being so anxious and crying. Through glassy eyes I peeked at my baby girl, but I couldn’t bear to look at the image for too long. The doctor came back and told me that it was “inconclusive” and that they wanted to do amniocentesis. Knowing that there was a real possibility I could miscarry with this procedure, and already being high-risk, I flat-out refused. I asked the doctor: why would I risk my daughter’s life when it didn’t matter to me how she was born? He responded that it would allow me time to abort if I changed my mind and decided to do so. I told him that there was absolutely nothing that would have changed my mind about keeping her. We were in this together!

The pressure to follow the doctors’ orders was intense—both from doctors and from close loved ones—but I stood my ground. I felt good that I stood up for my baby and did what was right.

Four months later, on July 16th, I went into labour and delivered a perfectly healthy baby girl. She is now 21 and a newlywed. I beamed with pride Saturday, October 21st as I watched my daughter walk into the next chapter of her future.

It shakes me to the core to even think of those preborn children whose lives hang in the balance because of a medical opinion. Some of these babies are like my precious daughter and have absolutely nothing going on with them. To parents who find yourself in the position of a possible difficult prenatal diagnosis, or have already received one, let my story resound with you. Maybe the diagnosis is wrong, but even if it’s right, diagnoses can only give you textbook answers. Children defy the odds in wombs, doctors offices, and hospitals across the globe day-in and day-out. Take things day-by-day and get connected to resources to help you along the way. I can’t tell you what their life—or yours—will look like, but I can tell you that your babies deserve a chance to live out their lives.


[Today's guest post is the personal story of Joann Parlin as told to Feleica Langdon. It is part of our paid blogging program. Feleica is a provincial pro-life speaker in Newfoundland, founder of Life Defenders, and the regional coordinator in NL of Campaign Life Coalition working alongside the provincial coordinator, Margaret Hynes.]

Email ThisBlogThis!Share to TwitterShare to FacebookShare to Pinterest
Labels: her story