She was raped and refused abortion. Here’s how she answers her critics. 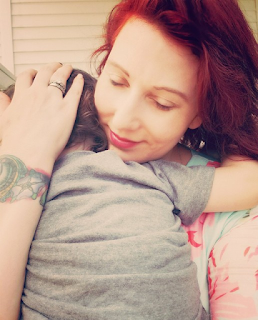 It’s common to catch hate online; perhaps you made a comment someone didn’t like or posted a meme they didn’t agree with. A few years ago, a friend of mine started getting criticized a lot. The reason?

She didn’t kill her son.

Jennifer Christie refused to have an abortion after being raped on a business trip. Some people weren’t happy about that, calling her “stupid,” “brain damaged,” “f–ked in the head” and “an a–hole.” They also labeled her son as a “rapist’s DNA deposit” and something “from Satan.”

She’s often condemned for having a “rapist’s baby” or “bringing another rapist into the world.” A message from one woman was particularly blunt: “I want to hurt you.”

Considering all of this, you might assume that Jennifer would back off. It’s a reasonable assumption; it’s also wrong. Here’s an excerpt from her courageous reply:


The “rapist's baby”? How about MY baby? Because that is what he is. He's part of me. In my blue eyes that have every old lady in town stopping us in the grocery store and giving him little treats and kisses because he looks “just like an angel!” But not only mine.

He's part of the father who is raising him and loving him and takes him to the library and the park and vanquishes bedtime monsters with silly songs and sock puppet shows.

He's part of his big brothers who put together toddler bikes and tirelessly toss the ball outside with enthusiasm and his sister who insists he dress like a Ralph Lauren ad so she can parade him around her friends at work and tell customers he's hers (I don't love this).

He's his grandparents and godparents and aunts and uncles and our friends and church family and people around the world who love him yet have never laid eyes on him.

You can check out more of Jennifer's advocacy at her website.

Jennifer’s son isn’t alone. Rebecca Kiessling was also conceived in rape, and she’s only alive today because abortion was illegal at the time. Rebecca isn’t “spawn” or “another rapist”—she’s an attorney, an adoptive mother, and a human being. So is Juda Myers, Valerie Gatos, and every other child, regardless of how they were conceived.

There’s a lot to be said about rape and abortion (like the abortion industry’s habit of helping rapists hide their crimes). But the most basic? That we shouldn’t execute girls and boys for what their fathers did. It’s something Jennifer Christie has never doubted.

She won’t stop saying it either.

Posted by secularprolife.org at 7:12 AM