Review: I Lived On Parker Avenue 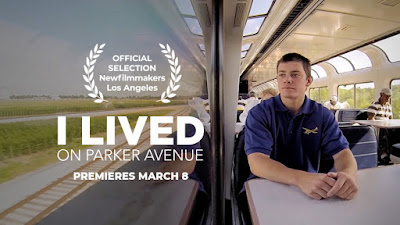 The adoption documentary I Lived On Parker Avenue will be released on March 8—less than three weeks away! I got a sneak peek, and it is an incredible film.

In 30 minutes, I Lived On Parker Avenue traces the lives of 19-year-old David; his adoptive parents and grandparents; his biological mother, Melissa, and her family; and his biological father, Brian, and his family. Home video footage, interviews, and reenactments combine beautifully to tell a moving story of life and love.

As Melissa states in the trailer: "David was seconds, literally, from not being here." I won't give away the details of how Melissa came to reject abortion and preserve David's life, but I will say this: hardly anyone, pro-life or pro-choice, comes out of it looking good. Melissa deserved so much better.

David grew up with full knowledge of his adoption, and upon reaching adulthood, he decided he wanted to communicate with Melissa and Brian. After some time getting to know one another from a distance, David's two families finally come together in person. The filmmakers were there to capture that emotional moment.

As great as that is, it's not even the most emotional part of the film. That comes at the very end, which I will not spoil.

Is this a pro-life movie? Without a doubt. But it does not shy away from how difficult adoption can be, and the sacrifices birth parents make to give their children the opportunity for a better life. It's also a film that pro-choicers can watch without getting defensive. And it avoids the dreaded pitfalls: there's no religious proselytizing, the production values are superb, and the life-affirming message comes through organically.