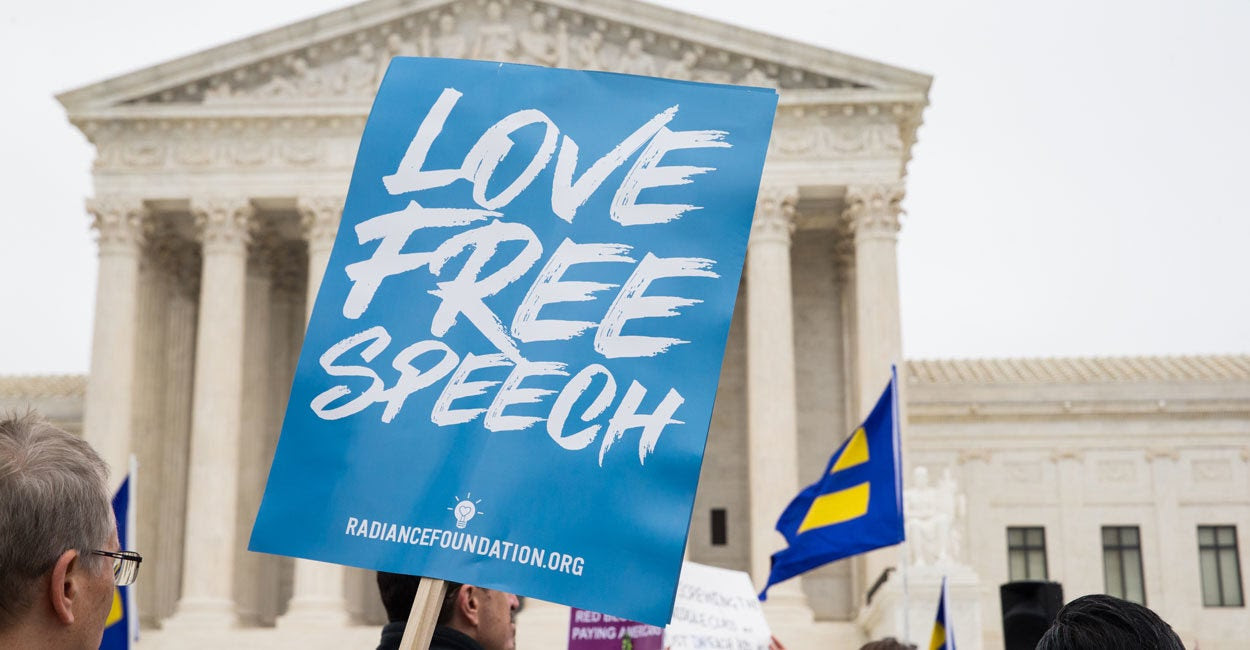 If you live in the D.C. area or are able to travel there, we strongly encourage you to rally outside the Supreme Court on March 20 as the Justices hear arguments in NIFLA v. Becerra. The rally will officially begin at 9:00 a.m., but the abortion industry is sending protesters, so you'll want to arrive early to secure a good location.

NIFLA (the National Institute of Family and Life Advocates) has sued California Attorney General Becerra to challenge a law that requires pro-life pregnancy resource centers and clinics in California to post signage in their waiting rooms advertising taxpayer-funded abortion. A webcast held last week described the case in significant detail. For those who can't listen, here are the key themes:

The abortion industry does not need free advertising, least of all from pregnancy centers. Several pregnancy care workers spoke on the webcast and expressed serious concern about the impact the law would have on their patients. Why on earth should pregnancy clinics make a referral for a medical procedure before the woman has even had a chance to speak with a nurse? And what message does such a sign convey to the woman sitting in the pregnancy center lobby who is already under significant pressure to abort? For that matter, the legally mandated signs promote abortion to women who haven't even have confirmed their pregnancies yet!

NIFLA attorneys liken the law to forcing Alcoholics Anonymous to serve cocktails, or demanding that the American Lung Association promote cigarettes. It's ridiculous, and a clear violation of the First Amendment. An adverse ruling would seriously undermine freedom of speech, not only for pro-lifers, but for all Americans.

For that very reason, pro-life leaders are optimistic about NIFLA's chances. One attorney noted that NIFLA not only expects to win, but hopes for a unanimous verdict in its favor. That's not crazy; although five Justices are pro-abortion, they do hold principled views on the First Amendment. In the controversial 2012 case of Hosanna-Tabor Evangelical Lutheran Church and School v. EEOC, all nine Justices ruled in favor of the church's position that its decision to fire a teacher was protected by freedom of religion, despite the teacher's claim that the real motive was disability discrimination. (Disclosure: one of my law professors argued Hosanna-Tabor.) And in 2011, the Court ruled 8-1 that Westboro Baptist Church, of "God hates fags" fame, has a First Amendment right to picket military funerals.

Ultimately, this is about money. As the abortion rate plummets, abortion businesses are desperate for customers. Pregnancy centers are a direct competitor, and thus a prime target. As Abby Johnson put it: "If you weren't making a difference, you wouldn't be going to court." The Supreme Court should reject California's cynical and unconstitutional attempt to make pro-lifers prop up the dying industry of death.

Again, the Supreme Court will hear oral arguments in NIFLA v. Becerra on March 20, and the pro-life presence outside the Court will begin early in the morning. A final decision from the Court is expected in June.