Down Syndrome Abortion and the Courts: Part II 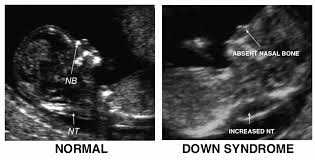 In January, we wrote about the passage of laws against Down Syndrome abortion in North Dakota, Indiana, and Ohio, and mentioned that Indiana's law had been struck down but was on appeal.

Unfortunately, last Friday, a three-judge panel of the 7th Circuit Court of Appeal ruled against Indiana's protection of babies with Down Syndrome. Judge Manion wrote a separate opinion, essentially expressing support for the law but stating that, regrettably, Supreme Court precedent ties the 7th Circuit's hands.

Indiana can still appeal to the Supreme Court, but the Supreme Court is more likely to take the case if there is a circuit split; that is, when two federal appellate courts have reached different conclusions on the same issue. Accordingly, the pro-life movement continues to pursue anti-ableist abortion legislation in multiple jurisdictions.

Pennsylvania is next on the list. A bill against abortion for Down Syndrome passed the Pennsylvania House of Representatives last week with bipartisan support. However, it faces a tough road in the state senate, and Governor Tom Wolf is a known abortion industry supporter.

Posted by secularprolife.org at 7:52 AM

Email ThisBlogThis!Share to TwitterShare to FacebookShare to Pinterest
Labels: disability, down syndrome