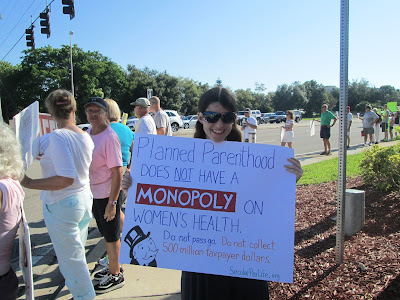 "Today, we're going on the offense."

That's what Planned Parenthood Executive Vice President Dawn Laguens told the media just a few weeks ago. She went on to declare, "We're pushing for efforts in all 50 states."

More than ever, we must push back against the nation's largest abortion chain. There have been positive signs; the abortion rate is at a record low, and just this week, the state of Tennessee turned off its spigot of taxpayer money to Planned Parenthood. But the organization remains flush with cash, and is investing it to expand abortion. It has its eyes on the midterm elections, where it hopes to use Trump's unpopularity to oust pro-life politicians at all levels of government.

In light of these challenges, #ProtestPP organizers have announced the third annual event, to take place at Planned Parenthood locations across the country on Saturday, April 28. A full list of locations can be found here. The nature of the event varies by location; some will be religious prayer vigils, while others will be of a secular nature (rallies, pickets, etc.).

We strongly encourage you to participate, and send us pictures of your most creative protest signs! Above all, remember to stay safe and protect those around you.