Sally and Paula worked for 21st Century Oncology, a cancer treatment center in Jacksonville, Florida, that happened to be located next to All Florida Women's Center, an abortion business operated by Patrick J. Kelly. Sally and Paula were active in their local pro-life community, and when Patrick Kelly found out that they had participated in anti-abortion rallies (though at other abortion centers, not his own), he took it upon himself to make repeated complaints to 21st Century Oncology's human resources director.

This went on from 2010 to 2014. For four years, the abortionist next door tried to get Sally and Paula fired from their jobs because of their opposition to abortion.

In September of 2014—just two months after All Florida Women's Center was cited by state health officials for, among other things, lack of emergency preparedness—an ambulance arrived for a botched abortion victim. Several 21st Century Oncology employees, including Sally and Paula, gathered in the parking lot. Sally legally recorded video footage on her cell phone, which you can view here. 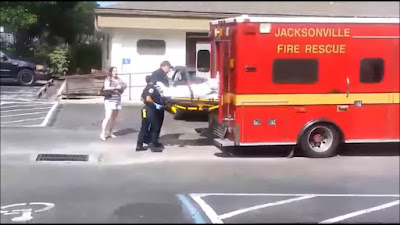 Patrick Kelly, apparently angry that the medical emergency had been made public, complained once more to 21st Century Oncology. This time, Sally and Paula were fired. Their co-workers, who had also gathered in the parking lot but whose abortion views are not known, were not fired.

The court's order wasn't all positive, however. Life Legal Defense Foundation's complaint set forth several legal theories of the case, but the court is only allowing one: religious discrimination. This means that if Sally and Paula succeed, their victory would not set a protective precedent for atheists and agnostics who are similarly fired for being pro-life.