As a follow up to our previous post (Pro-life laws stop abortions. Here's the evidence.) here in chronological order are more studies suggesting that abortion restrictions do decrease abortion—and not just legal abortion, but abortion in general. Note how many of the studies focus on how abortion policy affects birth rates rather than only the abortion rate itself. 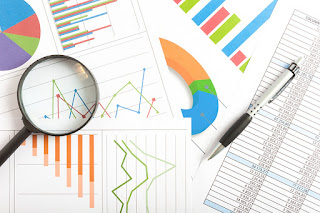 "If all states observed the Hyde Amendment restrictions, many thousands of Medicaid-eligible women who would have obtained abortions under the 1977 funding policy would not receive them." The impact of restricting Medicaid financing for abortion. Family Planning Perspectives, June 1980

"The data show that 13% fewer had abortions in August through December than would have been expected on the basis of the number who had abortions in January through July." The Effects of Mandatory Delay Laws on Abortion Patients and Providers, Family Planning Perspectives, October 1994

"A maximal estimate suggests that 22 percent of the abortions among low-income women that are publicly funded do not take place after funding is eliminated." State Abortion Rates: The Impact of Policies, Providers, Politics, Demographics, and Economic Environment, Journal of Health Economics, October 1996.

"The incidence of abortion is found to be lower in states where access to providers is reduced and state policies are restrictive." The effects of economic conditions and access to reproductive health services on state abortion rates and birthrates. Family Planning Perspectives, April 1997

"The Texas parental notification law was associated with a decline in abortion rates among minors from 15 to 17 years of age." Changes in Abortions and Births and the Texas Parental Notification Law, The New England Journal of Medicine, March 2006

"Our results indicate that much of the reduction in fertility at the time abortion was legalized was permanent in that women did not have more subsequent births as a result." Abortion Legalization and Lifecycle Fertility, The Journal of Human Resources, 2007

"Overall, the results show that laws that increased minors’ access to abortion in the 1960s and 1970s had a larger impact on minors’ birthrates than laws that increased oral contraceptive access." Fertility Effects of Abortion and Birth Control Pill Access for Minors, Demography, November 2008

"Approximately one-fourth of women who would have Medicaid-funded abortions instead give birth when this funding is unavailable ... Studies have found little evidence that lack of Medicaid funding has resulted in illegal abortions." Restrictions on Medicaid Funding for Abortions: A Literature Review, Guttmacher Institute, June 2009

"Robustness tests supported the association between access to abortion and decreased birthrates, while the relationship between access to the pill and birthrates received less support." Abortion or Pill Access Is Associated with Lower Birthrates Among Minors, Perspectives on Sexual and Reproductive Health, March 2009

"Minors in states with mandatory waiting periods were more than two times as likely to report an unintended birth." How Are Restrictive Abortion Statutes Associated With Unintended Teen Birth? Journal of Adolescent Health, August 2010

"A series of regressions on a comprehensive time series cross-sectional data set provides evidence that several types of state-level anti-abortion legislation result in statistically significant declines in both the abortion rate and the abortion ratio." Analyzing the Effect of Anti-Abortion U.S. State Legislation in the Post-Casey Era, State Politics & Policy Quarterly, March 2011

"[If Roe v. Wade were overturned] abortion rates would fall by 14.9 percent nationally, resulting in at most, 178,800 additional births or 4.2 percent of the U.S. total in 2008. A ban in 17 states would result in a 6.0 percent decline in abortions and at most, 1.7 percent rise in births." Back to the Future? Abortion Before & After Roe, National Bureau of Economic Research, August 2012

"We estimated that each year more than 4000 US women are denied an abortion because of facility gestational limits and must carry unwanted pregnancies to term." Denial of Abortion Because of Provider Gestational Age Limits in the United States American Public Health Association August 2014

"I estimate an increase in the birthrate of 4% to 12% when abortion is restricted. In the absence of anti-abortion laws, fertility would have been 5% to 12% lower in the early twentieth century." The Effect of Anti-Abortion Legislation on Nineteenth Century Fertility, Demography, June 2015

"Increases in distance have significant effects for women initially living within 200 miles of a clinic. The largest effect is for those nearest to clinics for whom a 25-mile increase reduces abortion 10%." How Far is Too Far? New Evidence on Abortion Clinic Closures, Access, and Abortions National Bureau of Economic Research, May 2017

"This law caused an increase in viewing rates and a statistically significant but small increase in continuing pregnancy rates." Evaluating the impact of a mandatory pre-abortion ultrasound viewing law: A mixed methods study PLoS One July 2017

"We estimate that over the past 25 years, parental involvement laws have resulted in half a million additional teen births." Did Parental Involvement Laws Grow Teeth? The Effects of State Restrictions on Minors' Access to Abortion, Institute for the Study of Labor, August 31, 2017 (See the SPL blog post about this specific paper here.)

"Trends in sexual behavior suggest that young women’s increased access to the birth control pill fueled the sexual revolution, but neither these trends nor difference-in-difference estimates support the view that this also led to substantial changes in family formation. Rather, the estimates robustly suggest that it was liberalized access to abortion that allowed large numbers of women to delay marriage and motherhood." The Power of Abortion Policy: Reexamining the Effects of Young Women’s Access to Reproductive Control, Journal of Political Economy, November 2017

"Participants were asked if they had considered abortion for this pregnancy and, if so, reasons they did not obtain one...more participants who had considered abortion in Louisiana than Maryland reported a policy-related reason (primarily lack of funding for the abortion) as a reason (22% Louisiana, 2% Maryland, p < 0.001)." Consideration of and Reasons for Not Obtaining Abortion Among Women Entering Prenatal Care in Southern Louisiana and Baltimore, Maryland, Sexuality Research and Social Policy, October 2018

"Existing estimates suggest 10% of Louisiana pregnancies end in abortion. If Medicaid covered abortion, this would increase to 14%." Estimating the proportion of Medicaid-eligible pregnant women in Louisiana who do not get abortions when Medicaid does not cover abortion BMC Women's Health, June 2019

"...the abortion rate is predicted to fall by 32.8% (95% confidence interval 25.9-39.6%) in the year following a Roe reversal." Predicted changes in abortion access and incidence in a post-Roe world Contraception, November 2019
"We examine characteristics and experiences of women who considered, but did not have, an abortion for this pregnancy....Interviewees who considered abortion and were subject to multiple restrictions on abortion identified material and instrumental impacts of policies that, collectively, contributed to them not having an abortion." Complex situations: Economic insecurity, mental health, and substance use among pregnant women who consider – but do not have – abortions PLOS ONE January 2020
"A highly restrictive policy climate, when compared with a less restrictive one, was associated with a significantly lower abortion rate by 0.48 abortions per 1000 women, representing a 17% decrease from the median abortion rate of 2.89 per 1000 women." "This study provides evidence that a highly restrictive state legislative climate is associated with a lower abortion rate. The methodology used suggests that this abortion rate drop is related to the imposition of restrictive policies rather than other factors that may drive the abortion rate." Association of Highly Restrictive State Abortion Policies With Abortion Rates, 2000-2014, JAMA Network, November 2020
"Restrictive state-level abortion policies are associated with not having an abortion at all." State abortion policies and Medicaid coverage of abortion are associated with pregnancy outcomes among individuals seeking abortion recruited using Google Ads: A national cohort study, Social Science & Medicine, April 2021