Abortionist compared himself to Holocaust perpetrators

German pro-life activist Klaus Guenter Annen recently lost a case in the European Court of Human Rights. He was appealing an injunction placed on him that censored him for inflammatory speech against abortion.

Annen had described abortion as “aggravated murder” and compared it to the German Holocaust on his personal website. He was given an injunction by the government for speech the court said "had not only been very serious but might also have incited hatred and aggression."

The few American pro-lifers who have compared abortion to the Holocaust have been subjected to extreme criticism, but as yet no one has tried to ban pro-lifers from making the comparison. Indeed, there are some very important differences between the Holocaust and the mass killing of abortion. It is not a comparison I myself would make.

However, it may surprise you that one person who made the comparison was not a pro-lifer, but a practicing abortionist. 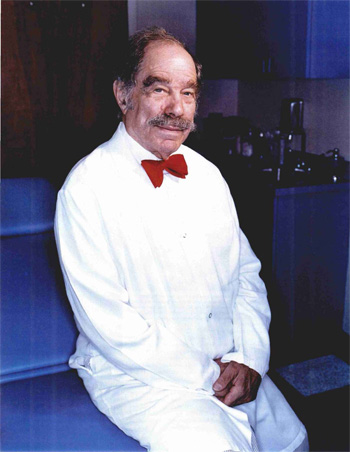 Dr. William Rashbaum, now deceased, committed abortions for many years. He did both early and late-term abortions. In an interview with a reporter from the New York Times Magazine that took place early in his abortion career, he said that each time he did an abortion, he was troubled by a fantasy, an image in his mind. He would think of the tiny preborn baby clinging to the walls of the uterus, desperately fighting the suction or the forceps as he pulled her from the womb.

The reporter asked Rashbaum how he dealt with this haunting image that intruded on his thoughts. How did he manage to do abortions despite this fantasy? Rashbaum replied: “Learned to live with it. Like people in concentration camps.”


I think it’s apt – destruction of life. Look! I’m a person, I’m entitled to my feelings. And my feelings are who gave me or anybody the right to terminate a pregnancy? I’m entitled to that feeling, but I also have no right communicating it to the patient who desperately wants that abortion. I don’t get paid for my feelings. I get paid for my skills… I’ll be frank. I began to do abortions in large numbers at the time of my divorce when I needed money. But I also believe in the woman’s right to control their biological destiny. I spent a lot of years learning to deliver babies. Sure, it sometimes hurts to end life instead of bringing it into the world.

Rashbaum freely admitted that he was ending life. Yet this did not compel him to stop doing abortions. As of 2003 (over 20 years after the interview) he had done 20,000 of them.

He continued to do abortions until shortly before his death in 2005.

It’s interesting that an abortionist would see a connection between abortion clinics and concentration camps. Why did he make a career out of doing abortions despite the fact that he felt like a Nazi? It may have been a combination of the amount of money he was able to make and a genuine belief he was helping women. Regardless, this abortionist clearly knew that he was killing babies.

One wonders what the European Court of Human Rights would have done if, instead of making the comparison himself, Annen had quoted Rashbaum on his website. Would the abortionist’s words have been taken as inciting “hatred and aggression” towards himself and other abortionists?