The Sorites Paradox as it Pertains to Personhood

My friend and pro-life mentor Steve Wagner introduced me to an article by Lee F. Kerckhove and Sara Waller (hereafter, K&W) called "Fetal Personhood and the Sorites Paradox." [1] It's not an argument I've seen very often but it was recently expounded by Kate Greasley in her book Arguments About Abortion: Personhood, Morality, and the Law. However, K&W and Greasley actually argue in different ways, so I will address both of their respective arguments in turn and I will show how the pro-life concept of personhood avoids falling into the trap of the sorites paradox that each respective thinker charges it with. As my first response here has gotten sort of lengthy, I will respond to K&W's arguments in this article and respond to Greasley in a future article. 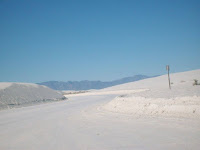 There is also a well-known fallacy called the continuum fallacy (alternatively, the fallacy of the heap or fallacy of the beard). This fallacy is committed when one looks at a vague continuum of states and argues that because there is such a continuum, that one cannot plausibly choose a point at which the vagueness is resolved. For example, a man growing a beard goes through a continuum of stages. He starts off clean-shaven, develops stubble, and eventually a beard develops. But even though there is a continuum of beard growth, that does not mean that we can't recognize the difference between a clean-shaven and a bearded face. There is one common pro-life argument that commits the continuum fallacy. Choosing a starting point such a birth, assuming the person you're talking to believes the human to be a person at birth, then pushing the threshold back a day and asking "how about the day before birth? The day before that? etc." This argument commits the continuum fallacy because it assumes that just because there is a continuum of development that the pro-choice person could not conceivably find a non-arbitrary point along that human's development and argue that it is definitely a person there. Here's an article written by Tim Brahm at Equal Rights Institute that goes into more detail regarding this fallacious argument.

Of course, there is a non-fallacious way to argue that pro-choice arguments are arbitrary whereas pro-life arguments are not, and the fatal flaw of Greasley's argument in her book and K&W's argument in their paper is they fail to understand the pro-life view of personhood. K&W begin their paper with a discussion of the concept of personhood, asserting that being a person is a vague predicate; in fact, it is so vague that it falls under a particularly pernicious form of vagueness called the sorites paradox (or, as Greasley calls it, "sorites-susceptibility"). But after looking at K&W's overarching argument, I will show how, exactly, pro-life arguments about personhood avoid the charge of sorites-susceptibility.

After expounding the sorites paradox in their paper, K&W then take a look at two separate sorites-based arguments for and against personhood. They argue that the concept of personhood, being vague, leads to a contradiction. Personhood is a vague concept, they argue, because "many competent speakers also disagree about when the predicate 'is a person' can be correctly applied." Personhood could plausibly be grounded in any of one's properties, but she uses temporal development as an example. This leads to a paradox, because there can be two reasonable arguments made:

These are both logical arguments in the form of modus ponens, so they are both plausible arguments. But they cannot both be true; hence, the contradiction and hence, a paradox.

Some possibilities for grounding personhood in non-physical properties are: the possession of conscious, intrinsic human dignity, a future like ours, etc. However, they don't believe that these will do the trick, either. They write:


The pressing issue is how any of these crucial properties might be measured. How can we determine the point at which a fetus attains consciousness, or a possible future like ours? If the terms of the measurement are physical, then a continuum develops, and with it develops a sorites paradox. If the terms of the measurement are not physical, then any judgment as to whether or not a fetus possesses the property cannot be confirmed or disconfirmed by appeal to facts. Considerations such as these lead to Macklin’s conclusion that an ascription of personhood may be little more than a reflection of moral prejudice. Appeals to non-physical properties will not resolve the debate over the morality of abortion because, to a large extent, the debate is a disagreement over whether or not a fetus possesses such non-physical properties.

2 -- Responding to Kerckhove and Waller

It should be fairly obvious that K&W's response to the non-physical attributes that one might ground personhood in is clearly question-begging. They assume that there is no possible way to know when an individual attains these things because they can't be measured physically, but this is a false view of how knowledge is attained, commonly called scientism. It's a self-defeating idea because the idea that you can only find truth through physical investigation is not a claim that can be investigated physically. So non-physical properties are not exempt from the discussion just because they can't be measured physically.

However, K&W's response really just misses the point. The pro-life concept of personhood is that one's personhood is grounded in one's nature. Nature is an all-or-nothing property; it doesn't come in degrees. So K&W fail to consider a third alternative to the sorites paradox. We don't need to solve the sorites paradox. We don't need to find some property to ground personhood in that avoids vagueness. The third alternative is that we simply need to find some property that doesn't admit of degrees. If we can find a property that personhood is grounded in that doesn't admit of degrees, then we can avoid the charge of sorites-susceptibility altogether.

The reason that we place your personhood in your nature is because your nature is the most fundamental thing about you. It grounds your personal identity through time and it grounds the various properties that you have and will have as you continue to develop. The reason that you walk around upright and converse through spoken language rather than walking on all fours, howling at the moon is because you have a human nature, not a canine nature. This is also why severely disabled human beings are still persons and deserving as respect of persons -- although they are not a "perfect instantiation" of human, they are still human beings and have intrinsic worth as humans. To say they are not a "perfect instantiation" is not an insulting term (and really, I don't know if anyone actually lives up to the perfect ideal of humanity -- I certainly don't). It simply means that they are not able to flourish fully as human beings should. If you draw a triangle on a piece of paper, as long as it has three lines on it, it is a triangle. If the lines are crooked, it is still a triangle, just not a perfect instantiation of a triangle. But it is a triangle, none-the-less. And a severely disabled human being is still a human person because being a person is about the kind of thing you are, not the kinds of things you can do.

Now, of course the concept of "nature" is a controversial one among atheists, even though I think it can be rationally demonstrated philosophically. However, if you would prefer, just think of your human DNA in place of your human nature (I tend to think of DNA as the physical expression of one's metaphysical nature). Having human DNA is also an all-or-nothing property, rather than a degreed property. Either you have human DNA or you don't, and scientists can tell the difference between DNA of various species. But whether you accept the concept of nature or not, the underlying point is that an argument can be made from the pro-life position that your personhood is grounded in an all-or-nothing property and is not susceptible to charges of being a sorites paradox.


[1] Kerckhove, Lee F. and Sara Waller. "Fetal Personhood and the Sorites Paradox," The Journal of Value Inquiry, 32: 175-189, 1998. All quotations from Kerckhove and Waller will be from this article.

Posted by Clinton Wilcox at 7:31 AM