Take heart, the pro-life side is doing well.

I know it's been a frustrating couple weeks with NY, VA, and the many conversations that have ensued. But big picture, guys:

>>The number of U.S. abortion clinics or medical facilities that perform more than 400 abortions annually, peaked in the late 1980s at 705. By 2011, 553 remained. The clinics have been closing at a record pace, according to a new Bloomberg analysis: One-hundred-sixty-two have closed since 2011, while 22 have opened.<<

>>In 1981, 54 percent of unintended pregnancies resulted in an abortion. By 2011 that figure had fallen to 42 percent. Additionally, preliminary analysis of more recent data indicates that percentage has continued to fall during the past several years.<<

4) Over the last few decades, significantly more people consider themselves pro-life (see Gallup), and that trend is holding fast even as the public veers more left-wing on other issues (e.g. LGBT issues, drug legalization).

So take heart, people. Never give up, never surrender! 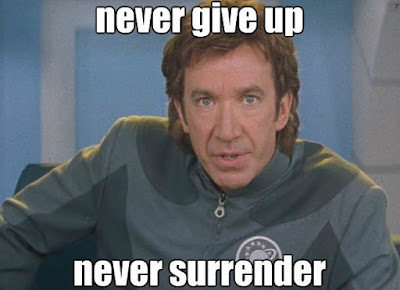