People’s views on abortion are all over the twittersphere again this week, due to a tweet from 2017 by “Strange Planet” creator Nathan W. Pyle, sharing his gratitude that his girlfriend, Soojin, had not been aborted. The vitriol being hurled at him is fairly predictable, with him being called a misogynist and a forced birther, among other things. Many people visited his social media pages to state that while they loved his comics, they were unfollowing him on the basis of one tweet. 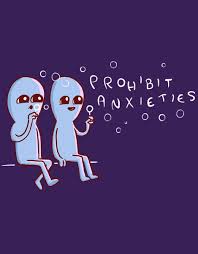 The story swung quickly in the other direction, when Mr. Pyle shared a post that while he and his wife help personal convictions based on their faith, they believed in separation of church and state, and that they voted Democrat because they did not like the current direction of the Republican party. This highlighted two important issues facing the pro-life movement: first and foremost, the common misconception that opposing abortion is driven by religious reasons rather than knowledge of fetal development; and secondly, that many people who oppose abortion have no viable political home. Invitations were extended to Mr. Pyle to visit such organizations as Democrats for Life, Secular Pro-Life or the American Solidarity Party; while I saw no response from him, we can hope that this will draw more attention to pro-life organizations outside the mainstream.

When I sent him a tweet of support, I was told (by complete strangers, of course) that I am “pro-birth, not pro-life.” Setting aside the fact that when it comes to already concieved humans, I *am* pro-birth, given the alternative, it’s usually clear that the people making such accusations have decided they know my viewpoints on every subject based on my opposition to abortion. Such people are almost always wrong.

On almost every social issue, my views fall far left. This includes the obvious stances, such as being strongly pro-LGTBQ+ rights, pro-environment, equal pay, paid family leave, and pacifism. But I add the descriptor “far left” because many of my views are outside the mainstream, although becoming more popular: I believe in universal health care, a living wage much higher than those currently adopted (with a minimum wage as high as $20), free college and day care, and open borders. I consider myself a Democratic Socialist, although when they find out I oppose abortion, many Democrats tell me I can’t be one of them. These views are not in opposition to my pro-life stance: they are informed by my whole life beliefs, and my belief in the inherent dignity of every living human.

Not surprisingly, this can make voting and political action challenging and lonely. I’m perfectly happy to work alongside people with different views on abortion to feed the hungry or advocate for immigrant rights, but the feeling is not always mutual. Voting is even harder: many abortion opponents feel that should always be the deciding issue, and excoriate those who vote for a pro-choice candidate. I try to choose the candidate that will help the most people live free from violence and illness, and to me this means making environment my deciding factor. I would love dearly to vote for a candidate who believes both in limits on abortion and policies addressing the issues that drive women to abortion—but our current polarized political system makes such a candidate unlikely.

In regards to entertainment, I haven't seen anyone I know personally declaring that they're done with Strange Planet (as of this writing), which is nice. But I think in general, pro-choice people are used to creatives also being pro-choice, and they aren't used to that feeling of disappointment when someone you admired holds a view that invalidates your lived experience in regards to abortion. Being pro-life and far left, I have a lot of experience with that feeling, and I have rarely decided to stop following a creative based on their views on abortion.

I have to wonder how the authors of the Nylon article feel about ensemble casts—do they vet every actor before deciding to watch something or not? Is there a percentage involved in their decision? (Am I boycotting the last Avengers movie because in Mark Ruffalo's view, by all accounts I’ve read, my mother would have been better off with an abortion? No. Am I boycotting it because Chris Pratt's church has offensive anti-gay rights views? Also no.) While I will always support someone deciding they can’t follow a person based on their beliefs, I feel the people unfollowing Nathan Pyle are missing out on one of life’s great lessons: that it’s possible to disagree with someone, yet still find inspiration and comfort in their words.

[Today's guest post by Jenna Carodiskey-Wiebe is part of our paid blogging program.]