What questions do you want the Democratic candidates to answer regarding abortion?

Recently, Herb Geraghty of Rehumanize International made the following point in a few brief tweets:


At every debate/town hall event all of the Democrats should be asked: (1) Is there any point at which it should be illegal to abort a healthy pregnancy? & (2) How much money has Planned Parenthood had donated to you over the course of your political career to get you to say no?

The level of abortion extremism out of nearly every national Democrat is an outrage and should be an embarrassment to everyone in the party, myself included. Routine state sanctioned & funded dismemberment of viable babies it not a reasonable position and the majority of voters know that. Late-term abortion is unpopular with every demographic except for those who profit from it!

We thought Herb had a good point and we retweeted him asking our followers what else they would want to ask the Democratic candidates. Here are some of the suggestions:
Of course it would be very difficult to get most politicians to give sincere answers instead of practiced talking points (as Democrats for Life President Kristen Day experienced so recently at Pete Buttigieg's town hall), but if you could get straight answers, what else would you want to ask the candidates? 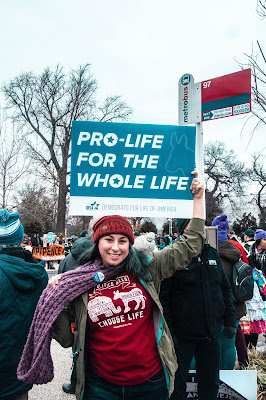