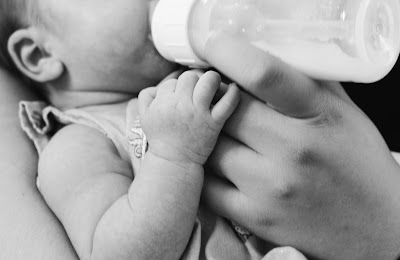 Last week's article on kinship caregiving prompted a fantastic discussion on facebook, and many readers shared their personal experiences. In no particular order, here are a few of our favorites.

Cecilia B.: My family is an example of kinship care. I have temporary custody of my grandson because my daughter was unable to care for him. Of course it took me a few years to get that temporary custody even though he has lived with me since birth because we could not afford a lawyer. I had to do the research myself and do the paperwork and represent him myself. He is now 14 and he is still in my care. She was going to give him up for adoption to a family friend but when in Florida at the time we had what was called the scarlet letter law. She could not put him up for adoption without the father's approval. The problem is that she didn't know who the father was.

Misty P.: My sister-in-law became a teen mom; abortion was never on the table for her. My husband and I were initially going to adopt her baby, but at the last minute she saw some examples of that going very wrong, and the father was back in the picture, so she decided to try keeping the baby. They also went on to have a second one. Unfortunately that relationship was not very stable, and she has had a lot of trauma to work through. So we are now guardians of her two little ones until she's healed and in a stable enough situation to take over care again. I think it's going well, though it is challenging on several fronts!

Jenn Y.: My "sister" moved in one day when she was 16 from an abusive family foster house and she never left until graduation. She needed us for sure and we had the ability, so we responded.

Nicole T.: Me and my best friend were the products of teen pregnancy. My mom kept me, though most of my raising fell to my grandmother (kinship care). My best friend was adopted at birth. While I agree with some of the issues you have raised here for both the child and the birth mother and think that closed adoption, in particular, induces trauma for both, I assure you that I have the same "abandonment issues" as she did. Plus, the instability of being shuffled back and forth made me feel like my grandmother didn’t really want me either though, ultimately, her goal was to keep the mother-child bond intact. She recently reconnected with her birth mom and both she and her birth mom are happy functional and successful adults now. My mom is still floundering. So, kinship care has its own set of issues and no one answer will be right for anyone.

Annie G.: Polynesian culture embraces this. There is a word, "hānai," for when someone has a baby and isn’t ready to parent, and so allows the baby to be raised by relatives until they get it together. There is absolutely no stigma, and all the kids, "keiki," refer to all adults as "aunti" and "uncle." I LOVED this aspect of living in Hawaii.

Marilyn M.: Years ago I remember that a neighbor took her friend's child for several months as her friend was going through postpartum depression issues and would not even hold the baby. Over the course of 3-4 months, the mother and father visited the baby and the mother gradually began to bond with her baby. Eventually the mother was able to take care of the child more & more and then the child went home to live. My friend had bonded with the baby during this time and it was hard to let her go, but she always hoped her friend would heal and be the mother. I think years ago, families often times did help one another. Now we are all too often apart in actual miles, or emotional connections.

Beth H.: My daughter was pregnant at 17, so we are raising her daughter together. It saddens me that this is not the go-to solution for most families. BTW, all my my pro-choice acquaintances and family members said that I should kick her out. All my pro-life friends and family members offered to help.

Sarah T.: I’ve seen two foster family situations happen in exactly this way, and it’s beautiful. And the children—now back with their mothers—have two families that love and value them.


Photo by Kelly Sikkema on Unsplash. Image description: Black-and-white photograph of an infant being bottle-fed. The faces of the baby and caregiver are obscured.

Posted by secularprolife.org at 7:57 AM

Email ThisBlogThis!Share to TwitterShare to FacebookShare to Pinterest
Labels: adoption, we asked you answered