As the child of a low-income woman, I support the Hyde Amendment 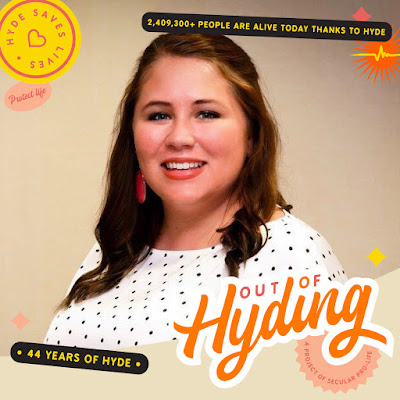 "Life offers no guarantees, but abortion offers no chances."

When I think of my mother's life, and in turn, my own life, I always think of this quote. My mother's life never offered any guarantees: from the death of her father when she was 11, years of sexual abuse, and a teenage marriage that ended in divorce, to her 1997 unplanned pregnancy.

That 1997 unplanned pregnancy was me. For my mother, a young, recently single woman living paycheck to paycheck, abortion would have been the easy choice. Many pro-choice people argue it would have been the right choice. Like so many women on Medicaid, she turned to Planned Parenthood for help. Planned Parenthood, my mother's close friends, and even my biological father encouraged her to end my life.

Fortunately, she never did choose an abortion.

As a low-income woman who eventually went on Medicaid, my mother is one of the millions of American women impacted by the Hyde Amendment. First passed in 1976, it says that federal Medicaid dollars cannot be used to fund abortions for low-income women.

The Hyde Amendment guarantees the life of children like me, who are born to low-income women.

Today, one in five women between the ages of 15 and 44 are covered by Medicaid. Since 1976, the Hyde Amendment has saved over 2 million lives, according to a scholar at the Charlotte Lozier Institute.

For decades, the Hyde Amendment was a point of unity between Republicans and Democrats. This year, however, Democratic leaders have vowed to abolish it. Kamala Harris claims that it victimizes "poor women," by limiting their ability to control their "reproductive health."

This push to repeal the Hyde Amendment sends a clear message: low-income children are better off dead.

My mother was that low-income woman. Now, she has a Master’s in Special Education, teaches at a school, with three adult children, and a loving husband: my adoptive father.

And that baby whose abortion the state could have funded? I'm turning 23 this year. I have a Bachelor's Degree in Political Science and Journalism from a top-tier public university. I write, and I have a full-time job. I work hard to inspire low-income women to give their babies a chance at life.

My mother could have decided that I was better off being aborted. She chose life for me, and even though life offers no guarantees, my mom gave me a chance at my American Dream.

My value as a person comes not from the color of my skin or the money in my pocketbook, but from the intrinsic value that all human life has. My value comes from my ability to love and be loved, my ability to laugh and cry, and the uniqueness of the human experience.

My mother didn't have much when I was born, and because of this, many politicians believe that I should have been aborted. Life offers no guarantee, but abortion offers no chances. I hope that like my mother, the politicians voting on the Hyde Amendment choose life. Everyone should have the chance to build their American Dream, and my mother and I are proof that it's possible.

When Democratic politicians talk about ending the Hyde Amendment, they're talking about me, and the potential that my life had 22 years ago.

[Today's article is by Georgia Caitlin Gallagher. If you would like to contribute a guest post, email your submission to info@secularprolife.org for consideration.]

Posted by secularprolife.org at 8:16 AM