I was a Cuban refugee in the womb. Here's what the Hyde Amendment means to me. 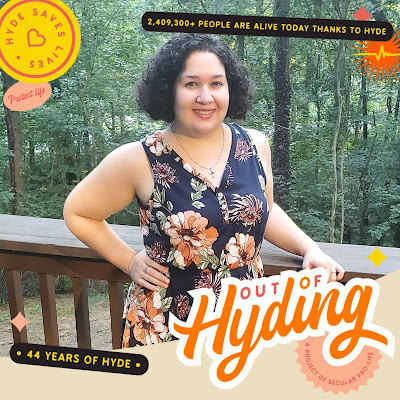 A single federal policy has saved the lives of over 2.4 million low-income Americans in the past forty-four years. That policy is the Hyde Amendment, which was enacted September 30, 1976 to prevent Medicaid funds from being used for abortions. Agreement is seldom found in the abortion debate, but respected analysts on both sides of the aisle agree that the Hyde Amendment is effective: there is no doubt that it has led more women on Medicaid to choose life. The Hyde Amendment itself has also long enjoyed bipartisan support.

Up until last year, Democratic presidential candidate Joe Biden was called a staunch supporter of the Hyde Amendment. But in his quest to become president, Biden has turned his back on Medicaid kids—like me.

My mother was pregnant with me when my parents immigrated to the United States from Cuba. Arriving with nothing but the clothes on her back, she relied on Medicaid for prenatal healthcare. It is disheartening to hear people say that Uncle Sam should subsidize abortions for people conceived in hard circumstances like mine.

For the record, a woman on Medicaid can still abort her child in all 50 states—she just can’t use taxpayer money to do so in all but 16 states. The majority of Medicaid recipients are Black, Hispanic, and other nonwhite races. Suggesting there should be fewer babies of color, and that those children’s survival represents an injustice, is horribly wrong.

Social programs like Medicaid are essential. It hurts me when conservatives want to make cuts to Medicaid funding. It hurts even more when liberals suggest that people born under Medicaid, just like me, should have been aborted.

There are over 21 million Medicaid kids born since 1976. One out of nine of us owe our lives to the Hyde Amendment—and more than half of us are voting age. We can hear politicians talking about us. I urge Joe Biden to reconsider his newfound disdain for the Hyde Amendment. And regardless of what happens in November, I urge all politicians to preserve Hyde.

[Today's article is by Gina Mallica. If you would like to contribute a guest post, email your submission to info@secularprolife.org for consideration.]