Pro-choice policy is driven by wealthy elites. The poor are pro-life. 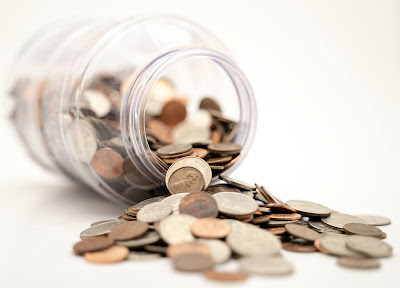 During the question and answer session of last week's Out of Hyding virtual rally, we discussed the role of civil disobedience in preserving the Hyde Amendment for the next generation. (Quick refresher: the Hyde Amendment restricts taxpayer funding of abortion through the Medicaid program and has saved the lives of over 2.4 million Americans. Leading Democrats in Congress have signaled their intent to kill it.) One suggestion was conscientious refusal to file your tax return, a tactic which has already been attempted in the context of taxpayer funding for Planned Parenthood. I expressed support for civil disobedience in general but had my doubts about that particular tactic:

I don't think it's scalable to the level that we need it to be. And the reason for that is, you know, most Americans are wage earners and we have our taxes deducted from our paychecks before we ever even see them. Most of us who file a return do so in the hope of getting a tax refund. And that's particularly true for pro-life people who are statistically lower income than pro-choice people.

Someone in the chat asked for my source, but we had too many good questions and not enough time.

What I had in mind was this 2013 Gallup survey on abortion attitudes in the United States. Among those with household incomes exceeding $75,000, 58% called themselves pro-choice — compared to only 41% of those with household incomes under $30,000. Those with incomes in the middle also had abortion views in the middle. The data showed a straightforward relationship: the higher your income, the likelier it is you support abortion.

Gallup's more recent surveys change the income brackets, but demonstrate the same relationship. Of those earning $100,000 or more, a 49% plurality support abortion in all (33%) or most (16%) circumstances. But among those earning under $40,000, a whopping 70% take pro-life positions: 40% want abortion to be illegal in all but a few circumstances, and another 30% want it to be illegal without exceptions.

Bottom line: If low-income people were in charge of abortion policy, the Hyde Amendment would be in no danger whatsoever. Bear that in mind when you hear abortion supporters argue that the Hyde Amendment is bad for the poor. The push to end the Hyde Amendment benefits from wealthy donors, but it does not have grassroots support among those with low enough incomes to receive Medicaid.

Good info, thanks. This is kind of surprising, considering how often poverty is used as an excuse for why abortion needs to be legal.