What to Watch for on Election Day 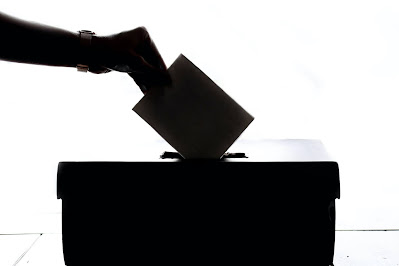 Tuesday's election is a critical moment for the United States. We're all aware of what's at stake for the presidency. Donald Trump and Joe Biden's positions on abortion are well-known. Pro-life advocates have good reasons to fear that a Biden administration would, among other things, kill the Hyde Amendment; that policy change alone would cause an additional 60,000 helpless children in the womb to die every year.
President Trump's re-election prospects seem statistically unlikely, but we know from 2016 that anything can happen. It's also possible that, with many Americans voting by mail this year, we won't know the winner right away. We wish to emphasize that no matter who occupies the White House, Secular Pro-Life, and the pro-life movement as a whole, will continue to defend the defenseless. When President Obama took office, pro-life advocates wisely directed their attention to the state level and achieved numerous life-saving victories. We will need to be similarly creative if Biden wins. On the flip side, a Trump win must not make us complacent! We must hold all politicians accountable to their promises. With Roe on its last legs, we should be prepared for the abortion industry and its allies to engage in desperate or even violent and illegal tactics, like smuggling dangerous abortifacient drugs. And of course, efforts to educate the public about the brutal reality of abortion, and support individual families facing crisis pregnancies, will continue no matter what. Secular Pro-Life isn't going anywhere!
Let's not allow the presidential race to keep us from seeing the big picture. Control of the Senate is also up for grabs, which could have a huge impact on the federal judiciary. Elections for state governorships and legislative bodies are also critical, especially if and when the Supreme Court reverses Roe v. Wade and returns abortion policy to the states.
And last but certainly much not least, there are two important ballot initiatives on abortion this year. In Colorado, Proposition 115 (the "Due Date Too Late" amendment) would prohibit medically unnecessary abortions in the fifth, sixth, seventh, eighth, and ninth months of pregnancy. Colorado currently has no gestational limits and is a mecca for shady late-term abortionists like Warren Hern. That kind of extremism is opposed even by many pro-choice people. In Louisiana, Amendment 1 (the "Love Life" Amendment) would recognize that the state constitution does not consider abortion to be a "right" and would keep abortion legislation in the hands of voters and their representatives, rather than pro-abortion judicial activists.
Abortion is a society-wide human rights injustice, and history tells us that such injustices can take a long time to correct. This is a marathon, not a sprint. Let us savor the victories, bounce back from the losses, and keep pushing ahead with a firm commitment to the equal right to life of all human beings at every age.
[Photo credit: Element5 Digital on Unsplash]
Posted by secularprolife.org at 8:42 AM