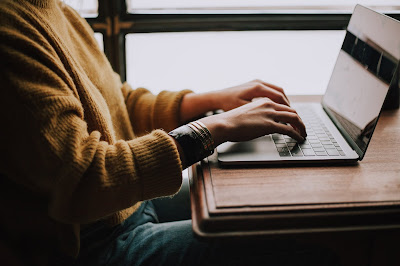 The most-read articles on the Secular Pro-Life blog in 2020 are...

#9: Christopher Hitchens Wound Up Opposing Abortion Choice—Hitchens, like many Americans, had conflicting feelings about abortion which changed over time. Ultimately, he concluded that "[t]he presumption is that the unborn entity has a right on its side, and that every effort should be made to see if it can be preserved."

#8: Coronavirus, Liberty, and Abortion: Does the Right to Life Supersede All Other Rights?—The era of masks and social distancing has valuable lessons for the abortion debate.

#7: Instead of abortion or adoption, what about kinship caregiving?—Guest author Virginia Pride brings attention to this under-discussed alternative.

#6: Annie's story: unintended pregnancy threatened her athletic scholarship — and her pro-choice views—"I knew there was a tiny human growing within me. Abortion would mean ending my child’s life. I knew this as an objective, undeniable, scientific fact. Another scientific fact: I could not remain competitive at the Division I level much longer. I was in the middle of a moral dilemma, and it quickly dawned on me that I may not really have much of a choice at all."

#5: A Pro-Life Response to "The unscientific nature of the concept that 'human life begins at conception,' and why it matters"—Science is firmly on the side of the pro-life position. Pro-abortion science deniers rely on linguistic trickery.

#4: How many Democrats are pro-life?—Depending on the poll you cite, somewhere between 11 million and 36 million.

#3: The pro-choice view survives on widespread ignorance of biology—Abortion industry leaders tend to avoid the easily debunked "clump of cells" lie, but rank-and-file pro-choicers have yet to catch on.

#2: A Supreme Court abortion decision is expected any day. Here's what you need to know.—Sadly, the Supreme Court granted abortion businesses an undeserved exception from health and safety regulations. In the process, Chief Justice John Roberts revealed himself to be a coward.

#1: Even very pro-choice biologists acknowledge a human life begins at fertilization—The scientific consensus on life's beginning is abundantly clear. There is no mystery, only obfuscation.

Posted by secularprolife.org at 8:41 AM