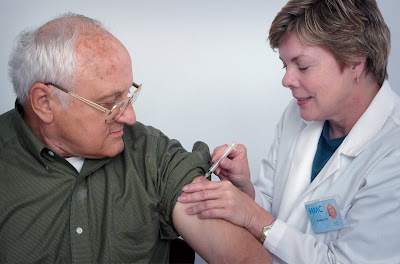 Editor's Note: Many readers have asked us about the ethics of receiving vaccines that were developed in part by exploiting the bodies of abortion victims. In part 1, guest author Stacy Trasancos outlined factors to be considered in confronting this dilemma. In this article, Secular Pro-Life president Kelsey Hazzard offers her thoughts.

In 1951, Henrietta Lacks went to Johns Hopkins Hospital in Baltimore, complaining of a "knot" in her womb. Mrs. Lacks had a difficult life. She grew up in poverty and worked in tobacco fields from childhood. She gave birth to her first child when she was just 14 years old. She had a total of five children, including a developmentally disabled daughter who tragically died as a teenager. On top of all that, Henrietta Lacks was Black in the era of Jim Crow; Johns Hopkins was the only area hospital that would treat her. Johns Hopkins gave her a devastating diagnosis: cervical cancer.

Without her knowledge or consent, Johns Hopkins took a sample of Henrietta Lacks' cancerous cells and gave it to a researcher, Dr. George Otto Gey. He then used the sample to create a cell line known as HeLa, taken from the first two letters of her first and last names. Due to its unusually high replication rate, the HeLa line became ubiquitous in medical research and remains so to this day. According to Wikipedia, nearly 11,000 patents involve HeLa.

Henrietta Lacks' cancer metastasized, and she died at the age of 31. Her family had no idea until decades later that her cells lived on and were generating profits for white-dominated medical industries. Researchers even made the HeLa DNA sequence public, jeopardizing her descendants' privacy. By modern standards, the origin of HeLa is wildly unethical. And while general protocols for obtaining patient consent have improved, Black women continue to face alarming discrimination from medical providers—especially when it comes to reproductive care.

Does accepting a HeLa-connected medical treatment signal approval of this manifestly wrong state of affairs? Does it encourage further maltreatment of Black patients and their families? Should those 11,000 products be pulled from the market in the name of racial justice, even if doing so costs lives? I humbly suggest that the answer is no, and that the same logic should apply to vaccines and other medical products which are connected to the injustice of abortion.

Though HEK293 is commonly believed to have been obtained from an aborted human fetus, I received an e-mail a few months ago from Professor Frank Graham, who established this cell line. He tells me that to the best of his knowledge, the exact origin of the HEK293 fetal cells is unclear. They could have come from either a spontaneous miscarriage or an elective abortion. Regardless, the abortions that gave rise to the three cell lines—or in the possible case of HEK293, the miscarriage—happened decades ago.

In my view, taking a COVID-19 vaccine cannot be reasonably interpreted as an endorsement of those two or three historical abortions, let alone the continuing travesty of abortion today—just as using a HeLa-derived treatment is not an endorsement of how Henrietta Lacks was treated or of current racial inequities. Getting vaccinated for COVID-19 does not encourage more abortions. Babies are not being killed to produce more vaccine doses.

On the other side of the equation, the benefits of vaccination are substantial. This is particularly the case if you fall within some of the categories Stacy Trasancos mentioned, such as being a healthcare worker or living with an immunocompromised person; your vaccination could be directly life-saving. But even for those who are not at high risk of catching or spreading COVID-19, vaccination could save lives indirectly by creating herd immunity and allowing the economy to reopen sooner.

This could even save babies from abortion. We know that nearly three quarters of abortions are motivated by financial distress, and there is solid (albeit anecdotal) evidence that the pandemic and related lockdowns have led more pregnant mothers to choose death. The sooner we can get the coronavirus under control, the better.

I do wish that a vaccine with zero fetal cell line involvement were available. If it were, I would certainly choose it over the current options. But I cannot justify getting there via a boycott while COVID deaths continue to climb.