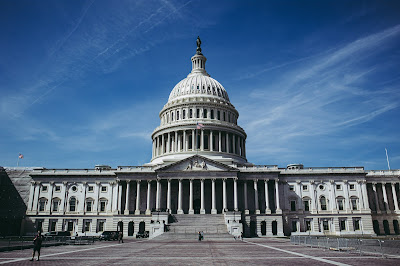 Which party will control the Senate? That question will be answered by the people of Georgia, who will elect both their Senators in a runoff election. Incumbent Sen. David Purdue (R) faces Democratic challenger Jon Ossoff, while incumbent Sen. Kelly Loeffler (R) faces Democratic challenger Raphael Warnock. Early voting has concluded, with over 3 million ballots already submitted. Tomorrow is the final opportunity for Georgians to cast their votes.
Control of the Senate could have a tremendous impact on abortion policy, especially when it comes to confirming judges and protecting the 60,000 lives saved each year under the Hyde Amendment. Senators Purdue and Loeffler both have anti-abortion voting records, while Ossoff and Warnock have the backing of the abortion industry. CNN reports that Planned Parenthood has spent six figures in the race; on the pro-life side, the political arms of groups like the Susan B. Anthony List and Students for Life of America are heavily invested.
Raphael Warnock, who is a pastor, has tried to persuade the state's religious voters that the Bible is compatible with violence against babies in the womb. Secular Pro-Life is not qualified to opine on matters of Biblical interpretation, and we do not believe that ancient sacred texts should determine today's laws. Modern scientific and ethical considerations are sufficient to support anti-abortion policy. That said, we would be remiss not to acknowledge that Warnock is an outlier; most Christian leaders support the vulnerable unborn members of their communities, and prominent Black pastors in Georgia have signed an open letter condemning Warnock's position.
Georgia is generally considered a pro-life state—it enacted a heartbeat law and is ranked #14 on Americans United for Life's 2021 Life List—but that does not make it a sure thing for Republicans, as its support for Joe Biden in November clearly demonstrated. FiveThirtyEight's polling summary shows both races are incredibly close.
[Photo credit: Alejandro Barba on Unsplash]
Posted by secularprolife.org at 8:12 AM

Email ThisBlogThis!Share to TwitterShare to FacebookShare to Pinterest
Labels: politics