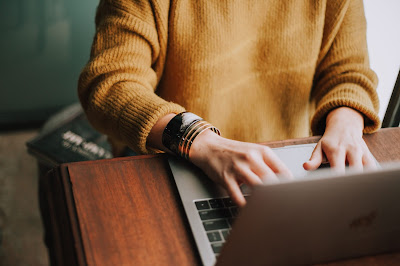 Telemedicine abortions are also on the rise – and COVID-19 has only hastened this process. With telemedicine, a woman seeking an abortion never physically meets a doctor for a consultation: it all happens online via video link or otherwise. Earlier in the year Ireland approved telemedicine abortions for the duration of the pandemic, and it’s unlikely that they’ll be completely abandoned after it’s over.

#1: Abortion will become easier to access, and harder to regulate

If getting an abortion no longer involves going to a particular location but just involves issuing a pill via an online consultation, the whole process becomes harder to regulate. What abortion laws do exist will become more difficult to enforce – and as this low-friction form of abortion becomes standard there’ll be more pressure to remove laws like ones requiring waiting times.

#2: It will be even easier for men to force women into abortion

There have already been several reported cases of women being slipped abortion pills without their knowledge or consent: see for example this report in the Washington Post. For each crime like this that’s reported or even prosecuted, it’s probable that others go unnoticed. As chemical abortion and telemedicine become even more common, expect to see more “miscarriages” that are in fact forced abortions by the father.

#3: The marginalisation of the abortion ‘clinic’

The ‘abortion clinic’ currently occupies a central place in the abortion debate; think of the battles in US politics over abortion centre closures or in the UK over exclusion zones around facilities; think of the methods of pro-life activism such as sidewalk counselling that are based around reaching out to women going into facilities. Clinics also play a big role in the picture of abortion that exists in a lot of people’s imagination – think of the scene in Juno which depicts an abortion facility as a banal, indifferent place.
All of this will soon be largely a thing of the past. Abortion facilities already play little to no role in some jurisdictions: in Ireland abortions are mostly handled by GPs and hospitals, though there are a handful of clinics too. But even in those jurisdictions where most abortions are done by private providers, chemical abortions and telemedince will bring about radical changes. As they become more prevalent, the physical space of the facility will matter less and less to the practice of abortion. Pro-life work will have to respond: a set of strategies drawn up for the age of the abortion clinic won’t suffice in a post-clinic era. To take one example: as sidewalk counselling becomes less possible (even the good sort), pro-lifers will need to explore other avenues for reaching out to women and presenting them with alternative options.
#4: Images will become less relevant, and good arguments will become more so
Abortion pill abortions are early abortions. Babies at 9 weeks gestation look a bit less like born babies than babies at 16 weeks gestation do. What’s more, with telemedicine abortions there’s no opportunity for an ultrasound: it almost doesn’t matter what the baby looks like if you can’t see them.
One of the differences between abortion and some other human rights questions is the relative invisibility of the people whose rights are in question. Human beings are good at ignoring human rights abuses when they don’t have to look at them.
For years the pro-life movement has put a lot of its faith in the power of increasingly accurate ultrasound images to reveal the humanity of the pre-born child. Those images have undoubtedly had a humanising effect: but as more abortions are done early and without ultrasounds being available, that effect may start to trail off rather than become more significant. Already, early abortions are the norm: in a survey of 40 high-income countries with permissive abortion laws, it was the case in a majority of the countries surveyed that around 90% of abortions happen before 13 weeks, and approximately two-thirds happen before 9 weeks.
An obvious implication of this is that ethical and philosophical arguments about the moral status of the fetus – like the equal rights argument – are going to become increasingly important to the abortion debate. This will only become more true as pregnancy tests become more and more able to identify a pregnancy early and chemical abortions get earlier and earlier. It was never the fact that a pre-born child looked human that granted them equal rights: making that clear will be all the more important as time goes on.
[Today's guest article is by Ben Conroy. Ben Conroy is committee member of The Minimise Project, a secular pro-life organisation from Ireland, which aims to reduce the abortion rate by enabling and facilitating better conversations about abortion between pro-life and pro-choice people. Check out their blog at theminimiseproject.ie.]
[Photo credit: Christin Hume on Unsplash]
[Help make sure chemical abortion pills don't end up in the wrong hands: report illegal distribution of abortion pills to the FDA. Read more here, from HowToBeProLife.com.]
Posted by secularprolife.org at 7:18 AM