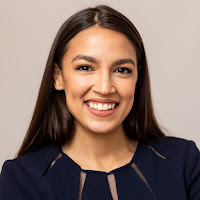 Those remarks were roundly mocked in pro-life and conservative spaces. Fox News' coverage of AOC's comments noted, correctly, that Planned Parenthood's most recent annual report shows 354,871 abortions versus only 8,626 prenatal services — a tragic ratio of 41 to 1.

So what's going on here? Did an unborn AOC narrowly survive 41-to-1 odds at Planned Parenthood, only to perversely grow up to be an abortion advocate?

And yet despite the rosier prenatal care metric, Planned Parenthood went from 8:1 in 2009 to 41:1 today! (Imagine how much worse today's ratio would look if the 1989 metric of number of women served had been maintained!) Why the jump? The best available explanation is a major policy shift in 2010. Planned Parenthood operates on a franchise model. In 2010, Planned Parenthood's national office required all of its regional affiliates to offer abortions or lose the right to the Planned Parenthood name. Prenatal care was not similarly mandated. So much for "choice."

To be clear, I am not arguing that Planned Parenthood was a virtuous organization once upon a time, or that its good at any point outweighed its bad. Planned Parenthood was founded by a eugenicist for racist purposes. It has covered up statutory rape. It has participated in gruesome organ-harvesting schemes. It has a long history of discrimination against its own employees. And it has killed millions of unborn babies since the Supreme Court legalized abortion in 1973.

My argument is much narrower: women who went to Planned Parenthood in decades past may have encountered an organization that did not have as strong an "abortion-first" orientation as it does today. Many of these women are no longer of reproductive age and have not set foot in a Planned Parenthood in years; they have no reason to know that Planned Parenthood now kills 41 babies for every one prenatal service. Outdated memories may guide their policy positions and votes. And in some cases, evidently, they have passed their gauzy misconceptions of Planned Parenthood along to their children. We have our educational work cut out for us.

None of this excuses Rep. Ocasio-Cortez's false claim that Planned Parenthood saves lives. She is an elected official with staffers employed to conduct research for her; she should know better. And whether the odds were 41 to 1 or 36 to 1 or 8 to 1, AOC is lucky to have left Planned Parenthood alive. It's a shame she doesn't want her youngest constituents to get the same chance.