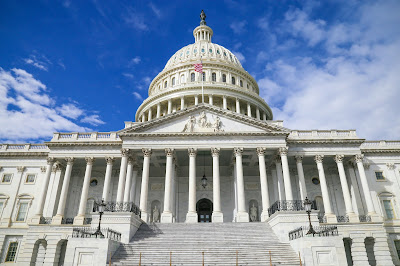 With the Biden administration expected to release its proposed federal budget any day, Secular Pro-Life is proud to join a coalition of over 60 anti-abortion organizations demanding that Congress preserve bipartisan, common-sense, life-saving provisions that have been in place for decades. Chief among these is the Hyde Amendment, which limits taxpayer funding of abortion through the Medicaid program and has saved the lives of nearly two and a half million low-income American children. In recent years, pro-abortion radicals have targeted the Hyde Amendment for destruction. Biden voted for the Hyde Amendment as a Senator but cowardly flip-flopped on the presidential campaign trail.

The coalition, led by the Susan B. Anthony List, released an open letter to Congressional leaders which begins:

In anticipation of the President’s FY22 budget, we write to you to urge you to retain the longstanding pro-life appropriations amendments including the Hyde Amendment in this year’s appropriations. While House Appropriations Chairwoman DeLauro has pledged to eliminate these vital, status quo protections, they are critical longstanding policies that respect the dignity of the unborn and conscience of taxpayers.

You can read the full text of the letter here, press release here, and coverage by Politico here. This is going to be a knock-down, drag-out fight. Stay tuned for information about protests and action items. We have not ruled anything out.

Finally, if you will indulge us in a bit of bragging: not long ago, the primary pro-life talking point on the Hyde Amendment was taxpayer conscience. Reliable data on the number of lives saved didn't even exist, let alone take center stage. That started to change with Secular Pro-Life's #HelloHyde campaign in September 2016, which celebrated the fortieth anniversary of the Hyde Amendment. Since most major pro-life organizations were rather preoccupied with electoral politics in the fall of 2016, we took the opportunity to craft new messaging, emphasizing those most impacted by the Hyde Amendment: the Americans who owe their very lives to it. With a huge assist from Dr. Michael New at the Charlotte Lozier Institute, who crunched the numbers for us, we changed the conversation.

For a member of Congress, this is not merely about whether voters will be annoyed by the misallocation of their tax dollars. It's much more personal now. A vote against the Hyde Amendment is a statement that some of their constituents would be better off dead. People saved by the Hyde Amendment are our relatives, neighbors, co-workers, and friends. They are worth all of our efforts. We will not back down!

Posted by secularprolife.org at 9:06 AM