"No Uterus, No Opinion": Four Responses 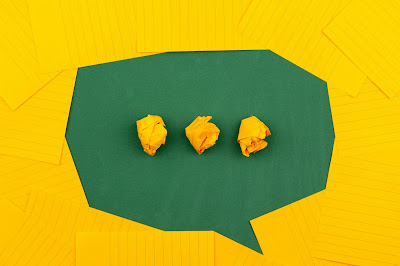 Whenever anyone says to me, "Men can’t get pregnant, so they shouldn’t talk about abortion – more often sloganized in the form of "No Uterus, No Opinion" – I am torn between responses. There are four ways that I could reply. If not possible or worth it to cover all four of them, I have to select one of them as the most likely to be effective according to how I gauge the particular person and the particular situation.

But first, let's discuss the difference between opinions and arguments. An opinion is what we will find in an opinion poll. We will find the statement of the opinion; and we will often be informed that the opinion is that of, for instance, a white female Protestant aged between 25 and 40. A reader of the poll will not be told the arguments with which a person might support their opinion.

I don't want to discuss here real opinion polling on abortion. Such polling actually finds very little difference in attitudes that correlates with gender. But suppose an observer knows what opinions on abortion various people have, and knows nothing else about the people except a little demographic information including gender. Such an observer might well reflect that many women have actual experience of pregnancy and childbirth that no men have. And even many females who have no actual such experience, possess a biology that puts them at the risk that some day they will find their nutrients being siphoned off, and experience morning sickness, and be at risk of pain and even death in childbirth, and face decision-making about the child once it is born, and maybe eventually experience post-partum depression. Facing those future risks might well give even a woman who has not experienced pregnancy and childbirth a greater instinctive empathy than men could normally possess, for those who do experience pregnancy and childbirth.

And I would agree with that. I think one gender must in fact appreciate better than the other the plight of a woman who might consider abortion, and that woman is one of the two principal parties whenever an abortion is proposed. So I actually agree that normally a woman's opinion on abortion should carry more weight than a man's, if we know little else about the two individuals. But from that does it follow that men's opinions should remain unexpressed? Below I will get to the answer.

Regarding arguments, now – arguments have no gender. Virtually all arguments, pro-choice and pro-life (and astute and silly as well), have no doubt been advanced over the years by both men and women. So when someone presents us with an argument, we have to deal with the argument. If it's a pro-life argument, we cannot logically deal with it by complaining, as one former Planned President did and as countless pro-choicers have done in some similar form, "I'm tired of men trying to control women's bodies."

I will duck here the question of whether some people who can get pregnant should be called men rather than women. Here I will just say, fine, I'm completely open to transgender men, including those who can still get pregnant, being considered men. But for shorthand purposes in this short article, I have been using "men" to mean people who due to their biological primary sex characteristics never in the course of their lifetimes have the ability to get pregnant, and "women" to mean people whose primary sex characteristics do at some point in their lifetimes offer that possibility.

It’s true that "No uterus, no opinion" is an ad hominem argument. But I would use this response only with philosophy students, for whom it is normal for a conversation to be in part a search for fallacies. To others it would be obnoxious.

3. "Many women use the same argument that I'm making. Whenever you may encounter this argument coming from a woman, you won’t be able to say 'No uterus, no opinion.' You will have to address the argument itself sooner or later. Might as well do it now."

I might use this with somebody who I don't think would immediately get the point of my most preferred response, my number 4.

2. "Most of my arguments are from pro-life feminists and other pro-life women. Women have been my main mentors. So everything you hear me saying, I'm really saying as a proxy or surrogate for some women."

This is almost the same as number 3. This one depends on information about me individually, which is a limitation in a way, but I feel that the response becomes a bit stronger with the information, so I use this more often than 3.

1. "Okay, if men's opinions on abortion are really worth less, then you are capable of discounting my opinion for yourself, so is there any reason for me as a man to shut up?"

So far there has been no retort, and everyone has been like reluctantly "Well, okay."

My hope has been that my question would make people ask themselves how, in the first place, they would have made a thoughtful case that it is somehow morally wrong for a man to venture an opinion about abortion. But if anyone has introspected so much, they have not yet volunteered it to me.

That concludes the responses that I normally use. I invite pro-life men to state how they respond, and pro-life women to offer us advice. For more ideas, see here and here.

[Today's guest post is by Acyutananda. If you would like to contribute a guest post, review our guidelines and email your submission to info@secularprolife.org for consideration. Photo credit: Volodymyr Hryshchenko on Unsplash.]